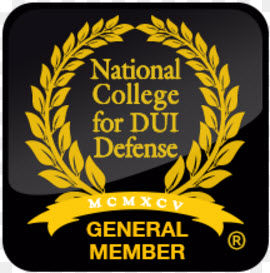 DO YOU KNOW … most DUI cases  begin with a traffic stop?


Most DUI cases begin with a traffic stop. Perhaps the officer saw something about your driving that made him suspicious, and he activated his emergency lights and pulled you over to a stop. Or perhaps you drove through a DUI Sobriety Checkpoint. Sometimes, you will already have been stopped, such as after an accident, or when the police officer approaches a parked car. We’ll discuss those instances here, too.

Phew! What does that mean in plain English? It means the officer can’t just stop you on a hunch in Manassas, Prince William, Manassas Park, Gainesville, Haymarket, Woodbridge, Lake Ridge, Dumfries, Bristow, Warrenton, Centreville, Fairfax, Stafford, Chantilly, Leesburg, Ashburn, Sterling, Herndon, Reston, Alexandria, Annandale, and Arlington. That is, the officer must be able to express why he stopped you, and his choice to do so must have been reasonable.

Normally, in expressing their reason for stopping you, their reasonable, articulable suspicion, a police officer will point to a violation of the law, such as speeding, driving recklessly, or perhaps an expired license plate.

Here are some examples of defenses related to a traffic stop that a “Dump Truck Lawyer” can easily fail to argue, causing you to lose your winnable DUI case:

When a police officer stops a motorist without reasonable, articulable suspicion, the Supreme Court of the United States says that any subsequent charges, including DUI, must be dismissed. This is a very important part of most DUI cases, and yet in the rush to argue about the arrest and the blood or breath test, it is all too often forgotten.

One of the most common reasons police officers give for a stop is that the vehicle was in a “high crime area”. That alone is not reasonable suspicion that a crime was being committed. Neither is driving “too slow”. These are just some examples of invalid bases for a traffic stop.

In a DUI case where there is no traffic stop, police have a different burden to meet. For example, when a police officer approaches an occupied, parked vehicle and questions the occupants of the vehicle, he doesn’t have to have reasonable, articulable suspicion, but he cannot stop the occupants from leaving, either. If a reasonable person would have felt that they were not free to leave the encounter with the police officer, the judge may suppress all the evidence found as a result.

Our DUI lawyer in Manassas, Scott Nolan, recently handled a case in Prince William County on this very point of law. In that case, the officer saw the client’s vehicle parked in an apartment complex parking lot. The driver had pulled over to examine a map on his cell phone. The officer used his police cruiser to block in the defendant’s vehicle so he could not pull out of the parking lot, even though the officer had seen no evidence of wrongdoing.

The judge granted Scott Nolan’s motion to suppress all of the evidence gathered after the police officer blocked in the client – including the field sobriety “tests”, his observations of the client and the breath tests. The client walked out of the courthouse with a verdict of NOT GUILTY on all counts.

We have all seen it. A car drives down the road weaving back and forth within its lane of travel. Is that reasonable, articulable suspicion? Maybe. Maybe not. The “Dump Truck Lawyer” will just accept it and move on. The great DUI lawyer is going to think twice and ask “is it?”

No driver is capable of driving a vehicle directly down the middle of a lane of travel all the time. No road is perfectly straight, and your car just isn’t on rails. Every vehicle naturally drifts from side to side within its lane. With tractor-trailers or the new huge SUV’s on the road, what an officer describes as weaving within the lane can be a matter of drifting a few inches within the lane. Sometimes, the vehicle is drifting because the road is bending or is slanted to one side or the other.

In some states, such as Louisiana, weaving within the lane never amounts to reasonable suspicion for a traffic stop. In others, such as Maryland, there vehicle must weave a certain number of times. In Manassas, Prince William, Manassas Park, Gainesville, Haymarket, Woodbridge, Lake Ridge, Dumfries, Bristow, Warrenton, Centreville, Fairfax, Stafford, Chantilly, Leesburg, Ashburn, Sterling, Herndon, Reston, Alexandria, Annandale, Arlington and the rest of Virginia, the line is a little more nebulous. One Virginia case says that when the driver weaved within the lane several times over a short period of time, the officer had reasonable suspicion to make a traffic stop. But if the weaving was less frequent, or occurred over a greater amount of time, a Virginia court might very well find that the weaving did not rise to the level of reasonable suspicion.

Many Virginia lawyers incorrectly believe that changing lanes without using a turn signal is a violation of the law, and can thus create reasonable suspicion for a stop. But that’s not the law. In fact, you are required to signal a lane change only when “the operation of any other vehicle may be affected by such movement.”

A “Dump Truck Lawyer” might not give this the thought it requires.  Our DUI lawyer in Manassas will ask what evidence the prosecutor produced to show that another vehicle might have been affected? Most DUI stops occur late at night and it is very common for the police officer to be the only other vehicle anywhere nearby. If the operation of the police officer’s vehicle wasn’t affected, then the driver’s failure to signal does not rise to the level of reasonable suspicion.

Sometimes, police are alerted to a possible drunk driver by a civilian motorist. More and more Virginia drivers are being pulled over on the strength of a 911 call from another driver’s mobile phone. In 2008, the Virginia Supreme Court held that an anonymous tip that a driver was intoxicated did not give rise to enough reasonable suspicion to make a traffic stop. The court said that because of the anonymous nature of the tip, the caller could “lie with impunity”.

Before a police officer may stop a vehicle based on an anonymous tip, Virginia case law requires that the police officer must personally see evidence leading to reasonable suspicion or must learn enough information to demonstrate the caller’s credibility and basis of knowledge. Without this, the stop is invalid and the case must be dismissed.

Driving too fast is the most common reason people are stopped by the police, and many DUI cases begin with the driver being pulled over for speeding. In addition to being a crime in itself, speeding is often used to justify the stop – that is, the officer’s “reasonable suspicion” is often just the speeding he observes.

This means that there is an opportunity to stop the DUI case right then and there if the officer can’t provide substantial evidence of the speeding. A great DUI lawyer will take the time to examine the officer’s allegation of speeding, whereas a “Dump Truck Lawyer” may breeze right past it. A great DUI lawyer knows that the prosecutor must “lay a foundation” before evidence of speeding can come into evidence.

A great DUI lawyer will ask how the officer measured the vehicle’s speed. Whether the speed was measured by Radar, by LIDAR or by pacing the vehicle (following the defendant and looking at his own speedometer to estimate speed), the officer must be able to lay the foundation of his testimony by showing that the devices were properly calibrated. If the officer doesn’t have the calibration with him, or if it is out of date, the judge may very likely not allow the officer to testify as to the vehicle’s speed. If that was the only reason for stopping the defendant’s vehicle, the case might be dismissed.

Drivers are frequently charged with DUI after being involved in a single-car accident that the police officer did not witness. Perhaps the driver struck a pole or drove into a ditch. This presents a wealth of problems with the evidence which the prosecutor must overcome before they can prove the driver was guilty of DUI. Virginia law says that a traffic accident, by itself, does not give rise to any reasonable suspicion of intoxication.

First and foremost, the prosecutor must prove that the defendant actually drove the vehicle. It might seem obvious to most people that if it’s your car and you’re standing next to it, you must have been driving it, but it might not be legally sufficient evidence. Usually, the prosecutor is only able to prove the defendant was driving because the defendant admitted to driving. If you have been drinking and are involved in a single-vehicle accident, it is vitally important that you exercise your Right to Remain Silent. Many DUI defendant are convicted on evidence they gave the police and which the police had no other way of knowing.

DUI lawyer Scott Nolan wants to make sure that your rights are protected and that you have a fighting chance against a DUI ticket.