Our immigration lawyer can help with Removal Defense, Visas, & More

Immigration to the United States can be an overwhelming process for anyone. Immigrants sometimes find themselves dealing with as many as three federal agencies!  Individuals who try to navigate the intricacies of the immigration system without an experienced immigration lawyer often find themselves at a major disadvantage.

Our immigration lawyer Jordan Fischetti serves clients in removal court proceedings, including detained parties.  He also aids clients in the procurement of visas and lawful permanent resident status via family petitions, self-petitions, and, if a victim of a qualifying crime, U visa petitions before the United States Citizenship and Immigration Services.

Below is a non-exhaustive list of the following areas in which our experienced immigration attorney can provide legal assistance:

• Asylum – Protection for those fleeing persecution in their home country based on membership in a protected class of people. Asylum is filed with the Executive Office for Immigration Review (Immigration Court) for immigrants in removal proceedings. It is filed with the United States Citizenship and Immigration Services for immigrants not in removal proceedings. Asylum applicants can include their spouse and children less than 21 years of age as derivatives either on the application or after asylum is granted. An asylum recipient and his/her derivatives are, in most instances, eligible to apply for lawful permanent resident status one year after the grant of asylum.

• Cancellation of Removal (“COR”) – Protection for those that can demonstrate continuous presence in the United States for at least ten years before being ordered to appear in immigration court. Successful applicants must demonstrate that: They have been continuously present in the country for at least ten years (with limited exceptions for brief and casual departures); they possess good moral character; they lack a serious criminal record; and, if they were deported, their United States citizen or lawful permanent resident spouse, child, or parent would suffer exceptional and extremely unusual hardship. Applicants granted COR are simultaneously granted lawful permanent resident status.

• Relief for Detainees – Generally, people find themselves in immigration detention after being apprehended at the border, or, after being charged and/or convicted of a state criminal offense. Unless one is convicted of certain categories of crimes, which mandate detention, the immigration judge generally has the authority to provide a bond for detained immigrants. The judge will also take other factors into consideration when determining whether a bond is warranted and said bond’s dollar amount. These factors include the immigrant’s family and economic ties to the United States, the likelihood of that immigrant being granted immigration relief, and any other factor that may help demonstrate whether the immigrant will flee the court’s jurisdiction.

• One Step Lawful Permanent Resident Application – United States citizen spouses, parents, and children 21 years of age or older, can petition for residency, for their spouses, children under 21 years of age, and parents, respectively, by submitting their visa petition and their beneficiary’s adjustment of status application at the same time. The one-step application process is only available to beneficiaries who possess lawful status and/or entered the country with most types of visas. Certain criminal convictions make one ineligible for the one-step process. The process is completed entirely in the United States.

• Visa Petition Accompanied by Unlawful Provisional Presence Waiver – This relief is primarily sought by undocumented spouses of United States citizens (“USC”s) and lawful permanent residents (“LPR”s) who either overstayed their visa or entered unlawfully, and have, at worst, minor criminal histories. The waiver is also available to parents and children age 17 or older of USCs and LPRs who possess the same characteristics. First, the USC or LPR files a visa petition for the beneficiary spouse/parent/child, or in very rare circumstances, the beneficiary obtains a visa through the Diversity Visa Program. Then, the beneficiary files a waiver, which will be granted if it can be demonstrated that the USC or LPR spouse/parent/child will suffer exceptional and extremely unusual hardship should the beneficiary be deported. The waiver is adjudicated while the beneficiary is in the United States, but the interview for lawful permanent resident status and the medical exam are completed at the United States embassy in the beneficiary’s home country.

• Violence Against Women Act (VAWA) Self-Petition – Spouses of abusive United States citizens (“USC”s) and lawful permanent residents (“LPR”s), whether married or divorced from them for fewer than two years, can self-petition for a visa without informing their spouse/ex-spouse. Applicants whose spouses are USCs can file for adjustment of status at the same time they file their visa self-petition. Applicants with LPR spouses must wait to file for adjustment of status until their visa number becomes current. This relief is also available to parents of abusive USC or LPR adult children and children of abusive USC or LPR parents. BOTH MEN AND WOMEN CAN SELF-PETITION FOR A VISA THROUGH VAWA.

• U Visa – Victims of certain, serious criminal activity, who suffered because of the crime, and have been or will be helpful to the government in apprehending the perpetrator, can apply for a U visa. Their spouse and, depending on the applicant’s age, their parents, unmarried children, and unmarried siblings can apply for derivative U visa status. U visa grantees and their derivatives can apply for lawful permanent resident status three years after the initial granting of relief if certain eligibility requirements are met.

Learn more about the representation our immigration lawyer offers contacting us online or by calling (703) 361-0776. 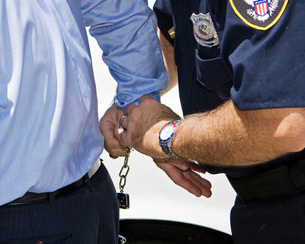